Have you got what it takes??

The ARCB are hosting the next New Referees Course, January 12th 2020 in Tuam.

When did you start refereeing and how?
– I started refereeing 7 years ago.
A mix up on dates  – I wanted to start my coaching badges but ended up attending a new referees course.. O well!!!!

What has been your favourite referee experience?
– I have been lucky enough to be involved in many good games, but the stand out for me was my first Connacht Senior Schools cup final.

What do you think is the toughest part of refereeing?
– Honestly I can say that I don’t find any part tough. I love every aspect of it.

What is your favourite aspect of refereeing?
– A referee will never get everything correct on the day, but most of the time in rugby it is just taking it on the chin with players & coaches that you have made a mistake. This aspect of the game for me is my favourite – mainly because I make a lot of mistakes.

If there was one law you would like players and manages to be more aware of what would it be?
– TJ`s at local level are not able to communicate to the referee. It can be quite funny watching a local game & coaches/players asking the TJ to tell the referee about something they have missed…. Surely the TMO will come in with a knock on in our U18 GAME..

What advice would you give to upcoming referees?
– Just have fun.

What would you not leave home without?
– Well, Dhani Maguire said he always has clean boots… I can confirm that he does not.
I do!!!!!!!
O and Dhani, tuck in that jersey.

Would you like to get to know our referees better? Our association is made of people from all corners of the province, from all sectors of the working and student world and each have a passion and love for the game. In the lead up to our next NEW REFEREE COURSE on the 12th of January 2020 we want to bring you as many profiles as possible. So first up…meet our current IPAS Candidate:

When did you start refereeing and how?
It’s 5 years ago in November I think when Tom Horkan approached me about reffing following an injury that cut short my international playing dreams 😉. Did the affiliate course with Peter Fitzgibbon to start, did my trial with the association of referees Connacht branch and began reffing underage from there.

What has been your favourite referee experience?
Getting to work with the professional referees in the Pro14 and EPCR games as 4th or 5th official. You can always learn what to do in certain situations also what not to do in some instances………

What is your favourite aspect of refereeing?
The respect most teams show referees is super as you do not get that in too many other sports. Also the hospitality after the game from each club is usually exceptional .Some of the reasons players give you for “bending” aspects of the laws on the pitch can be funny at times.

If there was one law you would like players and manages to be more aware of what would it be?
19.30 (b)
Scrum-halfs are allowed to stay in line with the hindmost part of the scrum on their own side (their no 8s feet) and move anywhere along that line on the pitch once the play in the scrum begins.

What advice would you give to upcoming referees?
Referee what you see, if you didn’t see it you can’t give it!

What would you not leave home without?
Clean boots , Jason Cairns will try tell ye otherwise!!!!

The Association of Referees, Connacht Branch, in conjunction with Connacht Rugby and the IRFU recently held two courses for new referees. The course gives participants an insight in to what is involved in becoming a referee with Connacht Rugby, outlines the benefits of being a member of the ARCB and gives an introduction to the key elements of successful refereeing. Over the course of the weekend of the 6th & 7th of September fourteen prospective new referees attended the courses in Claremorris and Galway.

Led by IRFU Referee Development Manager Peter Fitzgibbon, supported by various members of the ARCB, those attending were given an opportunity to learn about the process of qualifying as a referee, player safety and welfare, planning & preparation, communication skills and on-field referee positioning. Technical elements covered on the course include refereeing the scrum and the role of the touch judge.

Thanks to ARCB members Jason Craughwell (President), Paul Cronin, Paul Gannon, Joe O’Donnell, Jason Cairns, John Martin (Secretary), Claire Toolan, Katie Kilbane and Mossy Moran for their contribution to the weekend. Connacht Rugby wishes those that attended the very best in their refereeing careers. For further information on how to become a referee in Connacht go to www.arcb.ie or contact Referee Development Manager, Peter Fitzgibbon (086-8322987 or peter.fitzgibbon@irfu.ie).

The 2019/20 season is upon us, starting with our Annual Pre-Season workshop the 17th August (time & venue TBC).

Looking forward to seeing you all there

The annual ARCB AGM was held Friday 24th of May in the Ard Ri hotel in Tuam. Outgoing President Tom Reilly thanked the committee and Regional Development Manager Peter Fitzgibbon for their support and work over the season before presenting the awards to various members for their outstanding efforts and achievements throughout the season. The winners on the night were as follows:

Most Improved Referee of the Year – Andy Fogerty

Two of our members, Peter McCarthy & Pearce O’Malley, also hung up their whistles at the end of the season and were presented with a token of appreciation by the President for their commitment to the association.

We also welcome in our new committee for the 2019/20 season, the following members were elected on the night:

Thank you to the outgoing committee and President for their efforts through out the 2018/19 season, and the very best of luck to the incoming committee.

The ARCB are hosting an information evening in two locations across the province:

Wednesday 17th of April in the Sportsground (7pm KO)

This is a great opportunity to meet some of our members and get an idea of what is involved and what it takes to be a referee at Grassroots level!

To register your interest, email Peter Fitzgibbon at peter.fitzgibbon@irfu.ie

This Sunday 24th March 2019 sees the Junior Cup and Plate finals return to the Sportsgrounds.

We want to wish all our members who are officiating on the day the very best of luck!!

The very best of luck to all officials 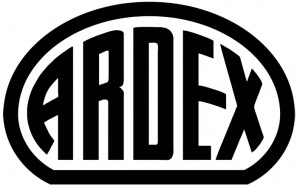