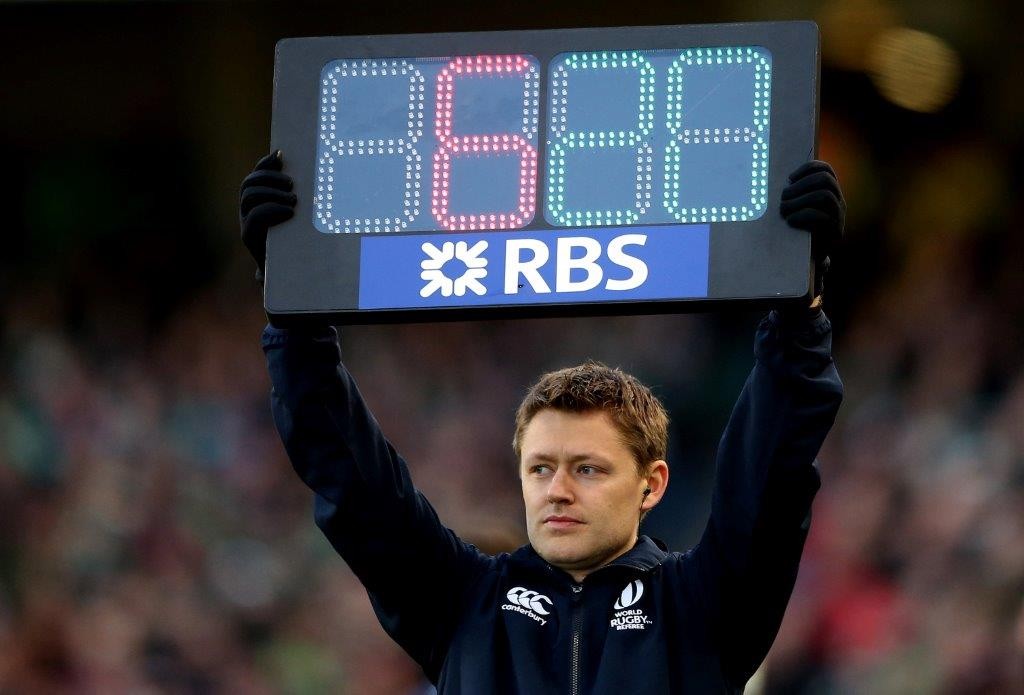 Referees should remind both coaches/captains of the below requirement at the stud check. Just before the referee starts the match they should check that the correct number of people are in the technical zones. If there is a breach of the regulations, communicate the issue to the team captains and don’t start the match until they have addressed the issue. The captains can be used at any point during the match if the regulations are breached.

(i) The playing enclosure should be defined preferably by a fence, if not by ropes.

(ii) If there is a stand, seats should be made available for replacements.

Two technical zones are to be designated, clearly marked in white paint, each nine metres long and three metres wide and not less than two metres from the touchline, one on either side of the halfway line, in which benches should be placed and a zone should be allocated to each team. The attendants and replacements must remain within their zone. The referee has the authority to order them out of the playing enclosure if they fail to adhere to this requirement.

(iii) Ball boys and a limited number of press photographers may also be permitted inside the enclosure.

(iv) Replacements and substitutes must enter the field of play from the technical zones and be introduced by the replacement touch-judge.

(v) Each team must nominate to the referee its medical officer, team attendant / physiotherapist and coach. The coach cannot act as team attendant who is the only person permitted on the field during the match, and only to attend to an injured player. Players requiring water or drinks must come to the touch line.

(vi) Coaches are precluded from entering the playing enclosure (excluding the players’ technical zone) during the course of a game except at half time when the coach may come on to the field to speak to his team.

(vii) Kicking tees may be used by individual kickers for personal use.